I’m so glad to be back. Writing is the source of my calm. Even if I wanted to stop ✋, I couldn’t! It’s my life’s passion. It’s like breathing for me. Do you have a passion like that? Do you find yourself missing something that used to be your “calm”?💆🏽‍♀️ Make sure you make it a priority to get back to doing whatever made your heart flutter. 💕We all need a healthy escape from life sometimes. 😉

Anyway, welcome back to Funny Friday! I pray that you all have a wonderful weekend filled with many blessings and Gods endless grace and love. Please remember to pray for one another and don’t forget to laugh! 🤗

A BUS FULL OF UGLY PEOPLE

A bus full of ugly people had a head on collision with a truck. When they died, God granted all of them one wish. The first person said, “I want to be gorgeous.” God snapped his fingers and it happened. The second person said the same thing and God did the same thing. This want on and on throughout the group. God noticed the last man in line was laughing hysterically. By the time God got to the last ten people, the last man was laughing and rolling on the ground. When the man’s turn came, he laughed and said, “I wish they were all ugly again.”

Today, I would like to share a video that I’m sure most us can relate to. If not, please enjoy a great laugh, while the rest of us have flash backs of when our moms used these infamous one-liners!

Have a wonderful, blessed Friday. Please remember to pray for one another. Love you all!

So, I’ve been M.I.A (missing in action) for the past few days due to a Lupus flare and a couple of other health issues, but the Lord has been good to me the entire time (as he promises) and your girl is almost back to 100% tip-top shape. Just in time for…

So, please enjoy today’s joke brought to you by www.RD.com. I pray that each and every one of you is having a wonderful start to your weekend and please don’t forget to have a Funny Friday! 🙂

Why You Should Make Love Once A Year

A therapist has a theory that couples who make love once a day are the happiest. So he tests it at a seminar by asking those assembled, “How many people here make love once a day?” Half the people raise their hands, each of them grinning widely. “Once a week?” A third of the audience members raise their hands, their grins a bit less vibrant. “Once a month?” A few hands tepidly go up. Then he asks, “OK, how about once a year?”

One man in the back jumps up and down, jubilantly waving his hands. The therapist is shocked—this disproves his theory. “If you make love only once a year,” he asks, “why are you so happy?” 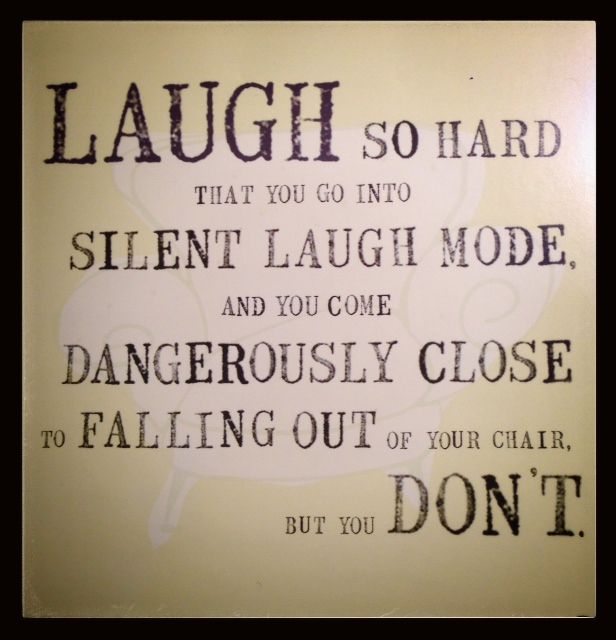 Is it Friday already? I guess it is cause I have a joke for you! I hope everyone is having a wonderful start to their weekend. Please enjoy today’s Funny Friday by SunnyDayz.com

The waitress asks for their orders. The guy says, “A hamburger, fries, and a coke,” and turns to the ostrich, “What’s yours?”

“I’ll have the same,” says the ostrich.

A short time later the waitress returns with the order. “That will be $18.40 please.” The man reaches into his pocket and, without looking, pulls out the exact change for payment.

The next day, the guy and the ostrich come again and the guy says, “A hamburger, fries, and a coke.”

The ostrich says, “I’ll have the same.”

Again the guy reaches into his pocket and pays with exact change. This becomes routine until one night they enter the restaurant and the waitress asks, “The usual?”

“No, this is Friday night, so I will have a steak, baked potato, and salad”, says the guy.

“Me too,” says the ostrich.

“Well,” says the guy, “several years ago I was cleaning my attic and found an old lamp. When I rubbed it a genie appeared and offered me two wishes. My first wish was that if I ever had to pay for anything, I would just put my hand in my pocket and the right amount of money would always be there.”

“That’s brilliant!” says the waitress. “Most people would wish for a million dollars or something, but you’ll always be as rich as you want for as long as you live!”

“That’s right. Whether it’s a gallon of milk or a Rolls Royce, the exact money is always there,” says the guy.

The waitress asks, “But, sir, what’s with the ostrich?”

The guy sighs and answers, “My second wish was for a tall chick with long legs who agrees with everything I say.”

So, approximately 3 weeks ago, we added another member to our family. I would like to introduce you to Khaleesi Diva Smeed aka Harry. My husband wanted to name her Khaleesi since we are huge Game of Thrones fans. My daughter noticed that she has a bit of a diva attitude and Christian thinks she is pretty hairy, so we call her Harry. Oh, and Smeed is a combination of my husband, Christian and I last name with Hannah and Rj’s last name. Leesi is around 10 months old and she was rescued from an abusive home. It took her about a week to warm up, but once she did, we found out that she is just as crazy as we are. Needless to say, she fits in really well.

In celebration of Leesi aka Harry arrival and rescue, I would like to share a funny cat video that my daughter, Hannah, thought was hilarious. Hopefully, you guys will find it funny as well.

Please enjoy the start of your weekend. Remember, you are awesome and I pray for nothing but true happiness and peace for each and every one of you. God Bless!

If you hold a cat by the tail you learn things you cannot learn any other way. -Mark Twain

A frog goes to a fortune teller to find out if he will ever be lucky in love.

The fortune teller reads his palm and tells the frog, “I have good news and I have bad news. Which would you like to hear first?”

The frog asks for the good news first.

The fortune teller says, “You are going to meet the most beautiful girl, who is going to be very interested in you and will want to know all about you. She will want you to open up for her and you will give her your heart.”

“Well, you’re going to meet her in Biology class.”

Hope you guys have a wonderful weekend! 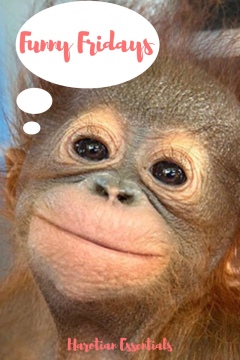 Each Friday, I would like to share with you a funny joke, story, or something I just find super hilarious and I hope you find it hilarious as well. This is another goal that I’m adding to my list. Please check out my previous blog post, Blogging With Depression about how if you’re struggling with an illness or depression/anxiety, how you should take it slow especially when adding goals. Right now I feel pretty good about accomplishing the goals that I have set thus far, so I have decided to add another one. Dedicating one day to one specific kind of content is definitely a goal that I want to accomplish. So let’s see how this goes.

This time the helicopter pilot overheard the couple’s conversation and said, “Listen, folks, I’ll make a deal with you. I’ll take both of you for a ride; if you can both stay quiet for the entire ride and not say a word I won’t charge you! But if you say just one word, it’s 50 dollars.”

Walter and Ethel agreed and up they went in the helicopter. The pilot performed all kinds of fancy moves and tricks, but not a word was said by either Walter or Ethel. The pilot did his death-defying tricks over and over again, but still, there wasn’t so much as one word said. When they finally landed, the pilot turned to Walter and said, “Wow! I’ve got to hand it to you. I did everything I could to get you to scream or shout out, but you didn’t. I’m really impressed!”

Walter replied, “Well, to be honest, I almost said something when Ethel fell out but, you know, 50 dollars is 50 dollars!”

I borrowed this wonderful story from LaffGaff.com

“Smiling is definitely one of the best beauty remedies. If you have a good sense of humor and a good approach to life, that’s beautiful.” -Rashida Jones